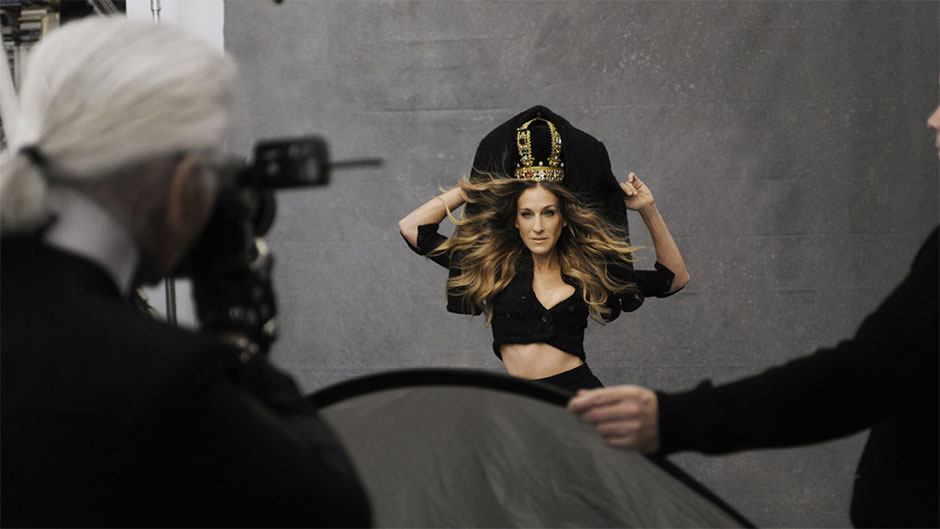 Get the insights from the much-anticipated photographic exhibition that displays timelessness and versatility of the iconic Chanel tweed jacket, through a gallery of over one hundred black and white pictures of Lagerfeld’s friends of the House, each modelling the jacket in their own unique way.
Share on facebook
Share on whatsapp
Share on linkedin
Share on twitter

LONDON, United Kingdom / PARIS, France — Karl Lagerfeld and his creative powers do not stop surprising us. This time around he has proved again to be a great photographer as well as a fashion genius.

“The Little Black Jacket: CHANEL’s classic revisited by Karl Lagerfeld and Carine Roitfeld” touring exhibition has recently left The Saatchy Gallery in London and also passed through the Grand Palais in Paris. The event has been touring the globe: it started in Tokyo back in April and has hit very fashionable cities such as New York and Sydney, and has finally landed in Seoul at the beginning of December as its last stop.

The pictures come from the eponymous book which is the joint project between the German designer and the former Vogue France Editor-in-Chief.

The much-anticipated photographic exhibition displays the timelessness and versatility of the iconic Chanel tweed jacket through a gallery of over one hundred black and white pictures of Lagerfeld’s friends of the House, each modelling the jacket in their own unique way. Every picture has been taken by the designer himself and effortlessly captures its subject’s style as the garment has been adapted to reflect every own personality.

The gallery showcases some of the industry’s biggest names that are very close to Lagerfeld: fashion ambassadors such as Anna Wintour, Ines de la Fressange and Riccardo Tisci, Hollywood stars including Uma Thurman and Kirsten Dunst and popular models such as Eva Herzigova and Freja Beha. Some of them, such as Alice Dellal, have been the label’s favourite muses too.

The exhibition was welcomed by glittering parties both in London and Paris: in the British capital the opening was celebrated by the toast of the fashion world, including Aaron Taylor-Johnson, Stella Tennant and the long-term engaged Maison ambassador, Keira Knightley. The branded black cabs that brought the guests to The Saatchy Gallery were a brilliant touch. Likewise the Parisian party was brimming with celebrities such as Laetitia Casta, Anna Mouglalis and Charlotte Casiraghi, who are loyal devotees of Chanel.

The night culminated in a performance by American singer Frank Ocean and the leading ladies that attended the star-studded soiree, all honoured the night’s theme by wearing a Little Black Jacket, or head-to-toe Chanel of course.

First imagined by Coco Chanel in 1954, the jacket has been a staple of women’s fashion through its many iterations over the years. History tells us that among all the influence that Mademoiselle Chanel had upon the fashion industry and personal style her singular, perfectly tailored, collarless tweed jackets were the most remarkable.

Coco Chanel was a woman of great spirit and determination and it was with this attitude that she was inspired to design a jacket that was not only pleasing on the eyes, but was something women – and even men – could feel comfortable in. Each tweed jacket is hand-stitched with silk, which conceals one of the jacket’s biggest weapons: its chain. While designing, Chanel used the chain to help the jacket retain its shape while fitting the contours of the body: she was obsessive about fit, often ripping and reworking armholes and even going so far as to lace her skirts’ hemlines with chain so that they would hang properly.

In a world like fashion where trends come and go very quickly, it seems that seven decades after its inception the quintessential piece is still at its best: dynamic yet classic, simple yet elaborate but never outdated.