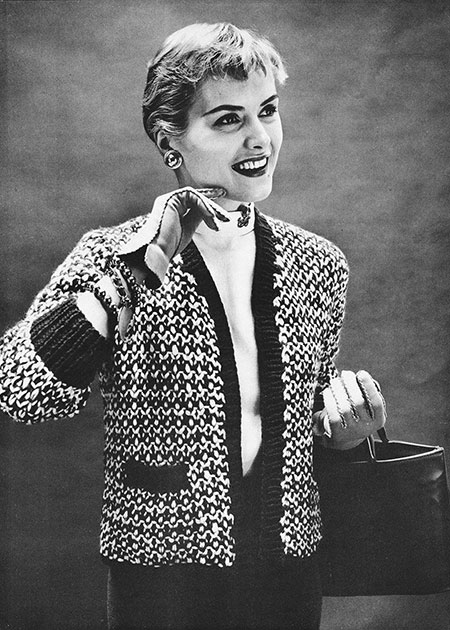 The Inspiring Life of Coco Chanel

LONDON, United Kingdom — Among the key fashion designers who made a huge and lasting impression on women’s fashion scene in the twentieth century, Gabrielle “Coco” Bonheur Chanel (1883-1971) born in Saumur, France, definitely deserves a special recognition. With her trademark fashion items like the little black dress, the Chanel suit, the quilted bag and her signature perfume No.5, Chanel created timeless designs that will never go out of style. Her fashion clothing pieces had an emphasis to be more comfortable for women. Her relaxed fashions, bell bottoms, short skirts and casual look were a complete opposite to the corset fashions popular at that time.

Chanel survived a very rough and impoverished childhood. When she was only 12 years old her mother passed away and her father decided to send her along with her four sisters to a convent in Aubazine, France, where she stayed for six years. Despite the fact that she was having a very tough period in her early age and she got a very strict education in the orphanage, there was one bright side to all of that; the nuns taught her to sew and that was the very beginning of her career as a designer. But Chanel never gave up. Actually, the difficulties she experienced at a very young age somehow inspired her to pursue a completely different lifestyle.

Before becoming a fashion designer, Chanel had a brief career as a cabaret singer (1905-1908) in Vichy and Moulins, where she supposedly adopted the name, Coco. Some say that her nickname came from one of the songs she used to sing there. On the other hand, according to an article in ‘The Atlantic’ Chanel herself said that Coco was a shortened version of cocotte, which is French for ‘kept woman’.

When she was around 20 years old, Chanel became involved with Etienne Balsan, who helped her start her business. Soon she left Etienne for his even wealthier friend, Arthur “Boy” Capel. Both of them were instrumental in setting up Chanel’s first millinery shop in Paris, in 1910 and later expanding in Deauville, in 1913 and Biarritz, in 1915. These two men also helped her tofind female customers in the society, thus her simple hats became extremely popular. Selling hats and a limited line of clothes, Coco Chanel’s shops developed a dedicated clientele that quickly made her a great success.

Most of Chanel’s clothes were made of jersey, an unusual fabric that was more commonly used for men’s underwear at that time. This choice of hers to use this material for the clothing line brought her even more admirers. With her critical financial situation at the beginning of her career as a designer, Chanel purchased jersey because of its low cost, but she continued using it even after her business became popular because of its quality. Jersey well suited Chanel’s simple, elegant and practical fashion pieces that were often inspired by men’s wear. It was also a good choice for the prevalent uniforms when World War I started, in 1914.

Not only the war didn’t stop the ambitious and inspiring Chanel to continue working vigorously but she also opened her boutique in Biarritz at that time. After her lover Arthur tragically lost his life in a car accident in 1919, Chanel continued her work despite her tough personal time. In 1922, she introduced the now legendary perfume Chanel No.5 which remained a popular and profitable product of her company. In 1925 she created the now legendary Chanel suit with collarless jacket and well-fitted skirt and in 1926 the world got Chanel’s little black dress.

Chanel herself dressed in mannish clothes and adopted these more comfortable trends, which were very liberating for other women as well. It is interesting to mention that most of her designs had a staying power. They didn’t change much year in year out or even generation to generation.

In 1939 she was forced to close all of her shops due to the outbreak of World War II. Chanel made a triumphant return to the fashion world at the age of 70. She first received negative reviews from critics, but her feminine and simple designs soon won over shoppers across the world.

She died on 10 January 1971, when she was still working on her designs. Karl Lagerfeld took over the Chanel’s fashion house in 1983, to continue her legacy.

The Life of Coco Chanel – Infographic

This infographic walks you through Chanel’s most remarkable achievements!