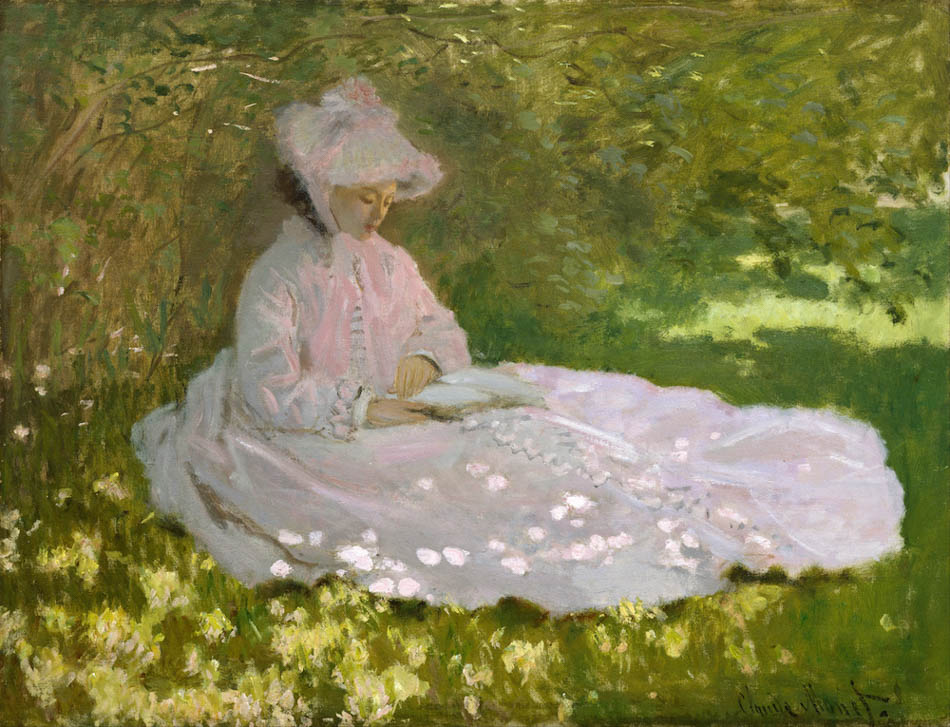 A Brief Look at Monet Before Impressionism

How much do you really know about Monet? Here we take a brief look at Monet's early life and art, his muse and his relationship with England, ahead of an exciting new exhibition at Tate Britain later this year entitled: Impressionists in London: French Artists in Exile, 18
Share on facebook
Share on whatsapp
Share on linkedin
Share on twitter

PARIS, France — Claude Monet (1840-1926) was one of the most influential artists of 19th century French painting. Throughout his long career, he indulged in a wide range of artistic genres such as portraiture, still life and genre-painting. Monet devoted his entire life to the study of nature and its transient effects of light and atmosphere. Extremely talented and endowed with a strong personality, the artist became one of the key figures in the advent of Impressionism that transformed French art in the second half of the 19th century.

Here we take a brief look at Monet’s muse and his relationship with England, ahead of an exciting new exhibition at Tate Britain entitled: Impressionists in London: French Artists in Exile, 1870-1904.

Oscar-Claude Monet was born on 14th November 1840 in Paris, but spent his infancy and teenage years in Le Havre, Normandy. Strong willed from a very young age, “little Oscar-Claude” never enjoyed school and preferred to spend time outdoors running on the cliffs or paddling in the water. He also developed a keen interest in art — it was very common to find his school books filled with drawings and caricatures of his friends and teachers. With his mother’s blessing — Mme. Monet was a singer herself —the young man entered Le Havre secondary school of the arts in 1851.

Around 1857, Monet made the acquaintance of his first mentor, landscape artist Eugène Boudin, who introduced him to plein air painting. This method contrasted with the established rules of the time that sustained artists should produce their works indoors. In 1862, at the age of 22, Claude Monet joined the Paris studio of the academic history painter Charles Gleyre. Disillusioned with Gleyre’s teachings and art methods, he preached rebellion to his new classmates Auguste Renoir, Alfred Sisley and Frédéric Bazille, who joined him and deserted from the master’s atelier.

Monet’s early career enjoyed limited success as the artist was often derided by art critics and excluded from the annual Paris Salon. Although his main interest remained landscape painting, he did his fair share of portraits and figure paintings prior to the dawn of Impressionism. One person in particular was a major and long-lasting source of inspiration in the painter’s life: his first wife Camille Doncieux.

Camille-Léonie Doncieux was born on 15th January 1847 in Lyon, France. Even if little information about her modest background has come to light, specialists have established that Camille migrated to Paris alongside her family sometime before 1864. Settling in the popular neighbourhood of Batignolles – an attractive location for many young artists of the time – Camille worked as a model. The young girl’s delicate postures and attitudes were immortalised by painters such as Edouard Manet and Auguste Renoir. In 1865, Camille Doncieux became Monet’s mistress – who was seven years her senior – and two years later she gave birth to the couple’s first son, Jean. The painter’s mistress-model was soon to become his wife as the pair married in Paris on the 28th of June 1870.

One of Monet’s most remarkable representations of her is the large full-length portrait entitled Camille (Woman in a Green Dress) that the then unknown painter presented to the Salon in 1866. Carefully composed, the picture portrays an elegant Parisienne wearing a fashionable striped green silk gown and a fur-trimmed velvet jacket. The painting became one of the main attractions of the exhibition that year and Monet enjoyed both critical and commercial success.

The numerous portraits the artist made of his young wife remain today an important testimony of Camille’s physical appearance as Monet often portrayed her as a beautiful brunette with dark deep eyes. These paintings also work as open windows to the woman’s inner personality. Passive and melancholic, almost vanishing into nature, Camille was frequently depicted by her husband as a noble silhouette calmly reading in the garden or spending time outdoors with young Jean. Tragically, Camille Monet passed away in September 1879 at the early age of 32, soon after the birth of the couple’s second son, Michel.

In the early 1870s, France was devastated by the outbreak of the Franco-Prussian War (1870-1871) and insurrection in Paris. Numerous were the French artists who sought refuge across the Channel in the British capital. Some, like James Tissot became quite popular among the Victorian high society and stayed in Britain for many years. Others, like Camille Pissarro and Claude Monet returned to France only after a short period of time spent abroad. The Monets reached London sometime around September 1870, but life was difficult for the young painter as he had very little money and his works did not seem to correspond to British tastes.

As Dr Caroline Corbeau-Parsons, Assistant Curator at Tate Britain, kindly explained: “Monet was still at an early stage in his career when he first came to London during the Franco-Prussian War, and his paintings did not attract a British clientele”. As a record of the artist’s brief stay in London, he only produced six paintings including Meditation (Madame Monet Seated on a Sofa), which was most likely the first work he executed in the British capital. In this regard the specialist commented: “Monet was by no means a key figure among French exiles. Tissot was much more successful and Alphonse Legros, who had settled in Britain in 1863, remained the main figure for the French artistic community in London.”

Even if Monet’s first sojourn in Britain concluded in May 1871, it was nevertheless a crucial stage for the evolution of his painting. In London, he visited museums and especially admired the works of J. M. W. Turner and John Constable. While in England, the painter met the French art dealer Paul Durand-Ruel, an encounter that changed the course of his life as Durand-Ruel became his principal dealer and promoter.

“London took greater importance in Monet’s artistic output when he returned, at the turn of the century, to paint his Thames series. There is some evidence that the artist saw the extraordinary success of this series – exhibited in 1904 at Durand-Ruel’s gallery in Paris – as a revenge on his past.”

The question of French artists who migrated to London during the 1870s will be the leading subject of the upcoming exhibition Impressionists in London: French Artists in Exile, 1870-1904. The show will be on display at Tate Britain from November 2017 to April 2018 before travelling to Paris where it will be presented at the Petit Palais. This large-scale exhibit will be the first to map the connections between French and British artists, patrons and art dealers during a traumatic period in French history. It will also consider the contribution French exiles made to British art. Don’t miss it!