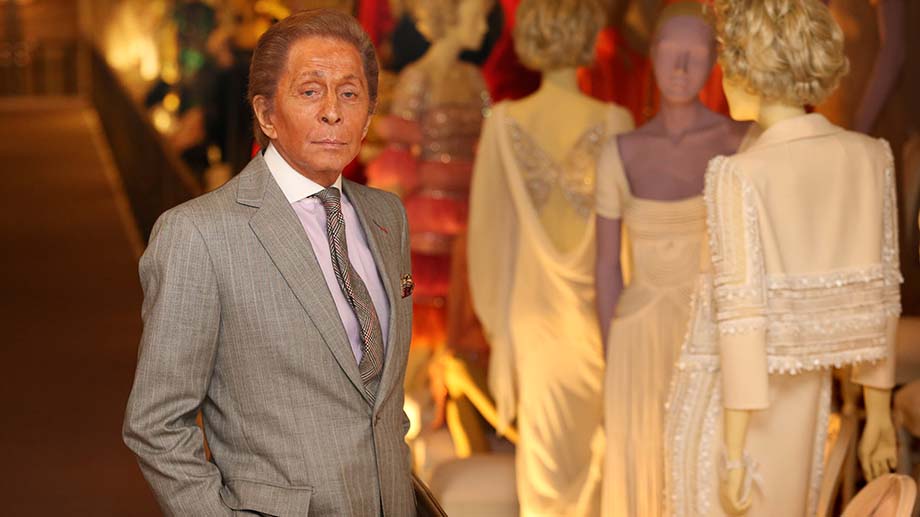 Valentino the Maestro and the Myth-maker

LONDON, United Kingdom — Recently, I had the great opportunity to attend the press conference with Valentino Garavani for the launch of the new exhibition ‘Valentino: Master of Couture’, which is currently running at Somerset House in London.

Valentino himself presenting the show

It was a real thrill to listen to Valentino himself presenting the show to the selected audience, not only for what he represents in the fashion world, but also for the pathos of the moment. Through his words, you could feel the passion that has driven Valentino throughout his 50-year career in the fashion industry, the great expertise he possesses while describing the dresses and his excitement for taking part in such a celebration of his work of arts.

With such a presentation, I visited the exhibition from a completely different perspective: I felt like a guest, welcomed home by the host and given access to the most private rooms secluded to most. The main room that showcases more than 130 hand-crafted designs is marvellously set-up as a catwalk show: in a clever reversal of roles the visitor takes the place of a model walking the catwalk while the “audience” is dressed in Haute Couture while the rows are made up of comfy armchairs showing the A-list sitting.

Patrick Kinmonth, one of the curators of the exhibition explained: “Valentino was very involved in selecting the dresses to show in the exhibition and he kept saying that it was very hard to choose because all the dresses have something to say and a beautiful story behind them. I would say that his selection was made around 2 central leit motifs: on one side the concept of Nature which is celebrated with embroidered snakes, butterflies and flowery patterns. The other one is the concept of Simultaneity: all pieces are simultaneous and contemporary, from the gowns of the 1950s to the last collection there is a great harmony because they all come directly from his vision”.

An entire room is dedicated to the exquisite gown of Princess Marie-Chantal, made with ten different kinds of lace, and to the Valentino Garavani Museum, which explores Valentino’s legacy even further through interactive and multi-media content. Its development is coordinated by Giancarlo Giammetti, Valentino’s long-life business partner.

The final room of the exhibition is dedicated to the behind the scenes of the Atelier and it represents a very nice glimpse behind the closed doors of Valentino’s world. A series of short films and a table containing samples of techniques show in minute detail the artistry of the “le ragazze” (the girls): the seamstresses, unique to the atelier and to the Italian couture, who crafted the dresses by their hand diligently.

Alistair O’Neill, another curator of the exhibition, explained: “It is a rare privilege to visit the Roman Atelier and we were honoured to being given the possibility to see it after the couture show. We were amazed to understand the highest level of technique that is behind the complexity of haute couture and see where the seamstresses work. It was a source of inspiration while conceiving this exhibition”.

After all, as Karl Lagerfeld said to Valentino gripping his shoulder in a moment of the movie, Valentino: The Last Emperor, “Compared to us, the rest are making rags”.