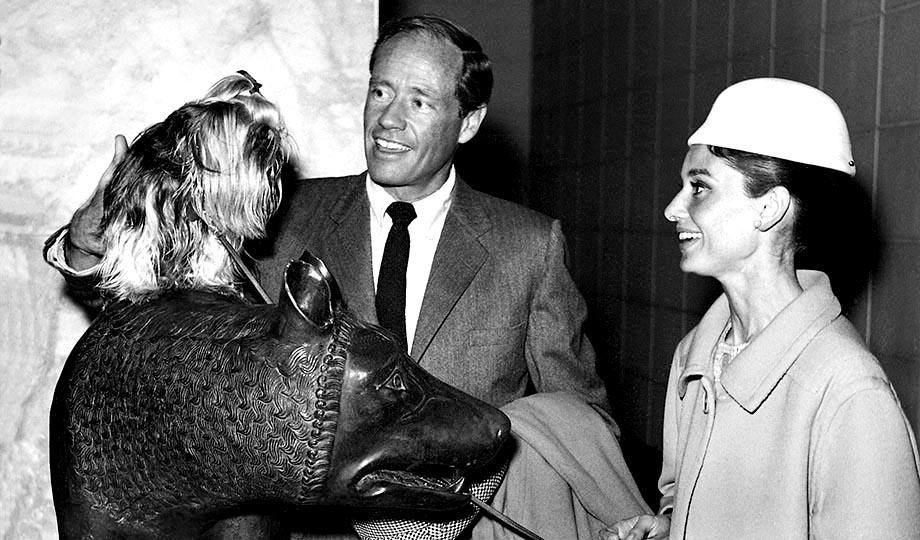 Audrey Hepburn : The Extraordinary in the Ordinary

We talk to Luca Dotti, the son of Audrey Hepburn, who walks us through the pages of the new book Audrey a Roma, a reflection on her style and an album of snapshots taken during the three decades Audrey spent in Rome.
Share on facebook
Share on whatsapp
Share on linkedin
Share on twitter

To me, her allure was all about subtlety and understated elegance, which is so much in contrast with the more recent conception of beauty and sex appeal. Being a great fan of hers (and of Givenchy!) and an admirer of her inspiring style, I have very much welcomed the publication of Audrey a Roma. I was driven by curiosity, I have to admit it, and by the sense of relaxation that such introspective works instil in me.

Audrey a Roma: The Book

Audrey a Roma, the book which is introduced by her son, Luca Dotti, is both an occasion to reflect on her style and an album of snapshots taken during the three decades she spent in Rome.

As Luca states, “Audrey a Roma was born as an exhibit that opened in 2011 in Rome to benefit UNICEF. The publisher found that the catalogue could become a book and that is quite a compliment. We started with some ‘paparazzi’ shots, but wanted to look at it from a different angle and searched the Italian archives. At the beginning it was more about finding unseen pictures, but very soon we realised we were building a sort of Roman diary.”

“Rome had always been central in my mother’s life and career, but seeing her evolution over the years was extremely touching”.

I can imagine how touching this project was from a son’s point of view. Myself, I was so affectionately impressed by the intimate insight on the actress’ life the book provides —  no snapshots from world-famous photographers, no red carpet images and few pictures from her most famous movies. While in Rome, Audrey was indeed the Oscar winning actress followed by paparazzi, but she was also a mother raising her two boys, a wife and definitely a life lover.

I knew my mother mostly in jeans and t-shirts

Luca Dotti continues, “Being born in 1970, I knew my mother mostly in jeans and t-shirts and was always a little bit ‘shocked’ when others related her as a great fashion icon. This is something I saw and learnt later in life by watching her movies and fashion shoots. When asked to Hubert de Givenchy, he liked to reply that my mum just loved everything he did, she rarely had special requests more than: take this or that ornament away, it is just not me”.

Additionally, Luca emphases, “I have quite a few loving memories of my mum during my childhood, but the ones I cherish the most were the lazy times at home. Mum was happy there. The family, the dogs and her garden was everything she hoped for in life”.

“The family, the dogs and her garden was everything she hoped for in life.”

Audrey Hepburn is undoubtedly a silver screen icon, her stylishness is synonymous with the 20th century Hollywood glamour and her elfin beauty has made her the muse of Hubert de Givenchy. Yet, what makes her a truly inspiring woman is also something else, and as Luca Dotti rightly points out, “She was and still is an example of a quite ordinary woman. When she started acting, right after WW2, her slender line was quite common for many of those who suffered hunger. Quite the opposite of the American pin ups men dreamed of, she was an accessible model for women.

Then came her decision to leave her career to attend home duties of wife and mother. Quite an ordinary decision for a woman of her time, if you think about what her career actually was. Later, during her UNICEF years, she only applied what she had learnt as a little girl: give back whenever you can”.

The ordinary side of an icon is what makes Audrey even more special to our eyes.