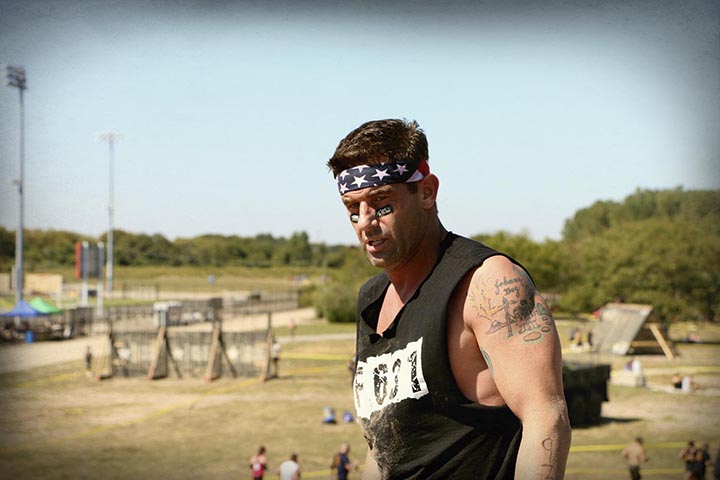 SAN FRANCISCO, United States — I am sure we have all been told by our doctors that high levels of stress can be detrimental to our health. So carving out time for an activity not only helps reboot our energy, but also keeps our stress levels to a minimum. The question is what type of activities relieve the most stress? You might have guessed yoga, meditation or maybe even long walks on the beach; but the biggest stress reliever is actually doing an extreme activity! Well, at least that was what we were told by two professionals working under extremely stressful conditions. So, we are going to take their word for it. The two extreme activities that relieve stress are:

Some of us probably never heard of Civilian Military Combine (CMC). This extreme activity is similar to a Tough Mudder Run, but different in that it also combines CrossFit with military type obstacles to its running course. The CMC is the only competition run that has a PIT workout before the course. PIT is a workout that everyone does prior to starting the course. Usually, involving weights during the workout. For example, Alpha division might use 65 lbs for the overhead press, while Bravo division might use 95 lbs, and so forth.

We choose what division we want to participate in by what weight we can handle. The CMC course is an extremely intense run that is long and grueling. The run is about 4.5 miles with approximately 30 obstacle courses, climbing over walls with ropes, jumping over logs and parked cars, lifting heavy sand bags and crawling in sand and mud from one obstacle course to another until reaching the finish line. We asked: “How is this a stress reliever?”

Johnny Athas, a New York City-based firefighter and actor whose roles included Law and Order and I Don’t Know How She Does it, tells us:

“I think I am drawn to intense physical activities because my job is so physically and mentally demanding. Trying to juggle a full-time job as a firefighter, along with an acting and modelling career is extremely stressful. So my daily CrossFit training for the Civilian Military Combine (CMC) course works my body to its fullest capacity. In return, the extreme activity clears my mind and relieves all my stress both physically and mentally. Preparing me for the most stressful and dangerous of situations at work.”

Athas continues: “As a fireman, I recently had a terrifying experience. Our department responded to a fire that was on the 48th floor of a hotel. The fire caused the elevators to be shut down. So when we arrived, we had to walk up 48 floors! I had approximately 100 lbs of gear and equipment on me as I climbed the stairs. I had never worked so hard in my entire life, and all I was doing was walking up the stairs.

My body was overheating because I was buttoned up with all my gear. My legs were extremely tired and I started to feel dizzy, as if I was about to faint. Luckily, we finally made it up to the 48th floor and was able to successfully put out the fire. The worst thing was that we had to walk back down 48 floors! When I finally made it to street level, I collapsed to the ground in exhaustion. Thank goodness for my CrossFit training, which helped me make it through that excruciating experience.”

For me, CrossFit training for the CMC run gave me the strength and endurance to save my own life first, before I was able to save someone else’s.

“Last September, I did the Civilian Military Combines (CMC) with a group of friends from my CrossFit gym,” Athas explains further. “During the course of the race, we crawled 50 yards under barbwire through sand and mud. Leaped over large puddles and climbed hills while carrying heavy 50 lbs sand bags for about half a mile. Even with that extremity, I was able to cross the finish line in 54 minutes! I am not a long distance runner by any means, but made the time up with the obstacles.

After completing the course, I was covered in mud and my skin was sunburned. I could barely feel my legs, my lungs hurt and my arms were extremely worn out. But it was the greatest stress reliever experience!

The euphoria from completing the race felt amazing, and totally outweighed the aches and pains incurred. There was an overwhelming feeling of serenity. I did not have a worry in the world. Anything that bothered me mentally disappeared. I was at total peace.

Of course, there were times during the CMC race when I thought that my body was just going to give up from exhaustion. I had to channel my firefighter instinct and asked myself: ‘If this was a life and death situation, would I give up?’ The answer was always no. It forced me to dig deep down inside my soul to find the strength not only to finish, but also to do my best on the course.”

The combination of being a fireman with crossFit training gave me the strength and discipline to complete the CMC race and be completely stress-free!

Clay pigeon shooting is the art of shooting at flying clay targets with a shotgun. This activity/sport is very popular in places like England. It is regulated by Clay Pigeon Shooting Association (CPSA) and done on registered grounds around the country. It is an extreme activity because it involves shooting and could be dangerous if played the wrong way. Yet, some have said it is like playing golf, but with a shotgun. We asked: “How is this a stress reliever?”

Luing Andrews, a British actor and stuntman from London whose films included Mission 2 Redemption, 8ish and Dark Signal gives us the details:

“I find clay shooting to be very relaxing. It is a fun activity I enjoy during my free-time away from the norm of work. I have a licensed shotgun and go to a special shooting school where I shoot clay pigeons instead of game birds or animals. I could never shoot an animal of any kind, as I am a huge animal lover. The game requires a great amount of concentration and focus to be able to hit the target.”

As an actor and stuntman, Andrews tends to do stunts that are extremely life-threatening. The stunts could include – speedy car chases, being shot at, falling off a cliff, jumping off a building or something of that nature. So the relaxation from clay pigeon shooting releases stress by putting Andrews mind and body at ease.

“When I shoot at the clay pigeons, my focus is on the target, rather than anything else. My mind is clear of any negative thoughts, leaving me to feel only the recreational gratification of the activity.”

For instance, a recent stunt Andrews did was in the movie Mission 2 Redemption (with a production coming from the UK). The stunt was filmed on a special-effects “green screen”, where he was pulled through a crack in the space tunnel. Although they used a “green screen” to film the shot, that did not seem to make the stunt any easier. So after a tough day at work to get that perfect shot, Andrews was ready to go clay shooting to relieve the tension and stress built-up during filming.

We hope after sharing these two extreme activities, it will help inspire everyone to rev-up their daily activity or workout, and de-stress like a bad-ass!