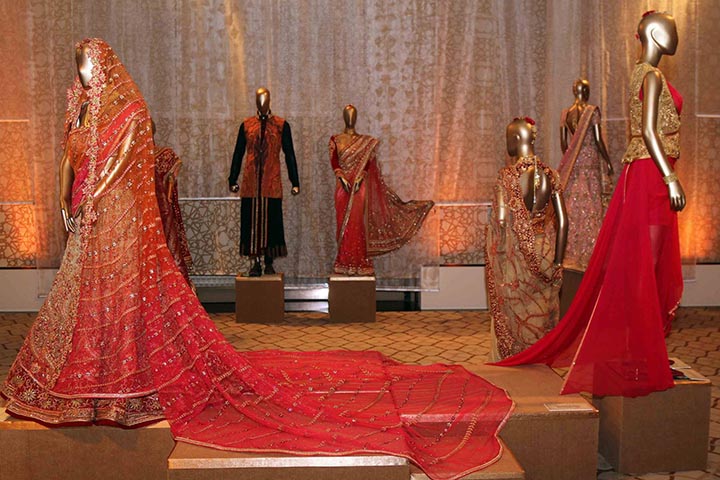 The Timeless Appeal of the Classic Indian Sari

How much do you really know about the timeless appeal of the classic Indian Sari? We bring a comprehensive piece that looks retrospectively at the evolution of this garment, its tradition, its designs and its domination in the fashion scene!
Share on facebook
Share on whatsapp
Share on linkedin
Share on twitter

HONG KONG, Hong Kong — The sari is raising the sartorial bar around the globe, guaranteeing a magical experience of sensual sophistication and allowing you to command the spotlight on the red carpet, even when there is not one. It is the kind of garment that captivates hearts and wraps you in an aura of dignity, exhibiting vintage glamour with nostalgia and the timeless appeal of classic Indian style.

The word sari is derived from Sanskrit, which means “strip of cloth”. During 2800-1800 B.C. Hindus believed that any cloth pierced by needles was impure, therefore, unsewn cloths were draped around the body long before tailored garnments arrived. It is commonly believed in India that today’s petticoat or “Ghagra” and the blouse or “Choli”, worn under the sari, were later additions that started with the arrival of the Britons in India. The concept of beauty in ancient India was that of a small waist, large breasts and voluptuous hips, and the sari is the perfect platform to flaunt those ideals.

Dating back to the 1930s, the embodiment of the sari showcased heartfelt responsibility allowing women to tell their own complex and layered stories through their dress. At the core of this story lies a basic truth describing a certain way of life, religion or culture and how women have been shaping their environment for centuries. Before the sari became fashionable and commercial, it was a costume for queens and princesses.

Famed royals, goddesses and dancers would wear what appeared to be an indigenous nine-yard cloth wrap, covering the legs loosely and flowing into a long, decorative, pleated drape in front of the legs, carrying it through and around to embrace the entire female body with a long overlay at the ending of the cloth placed proudly over one shoulder with the midriff remaining bare. This reflects the Hindu belief that the navel is the ultimate source of creativity and life. Saniya Kirpalani, Cultural Activist and Film Maker comments:

The earliest sari drape is a perfect example of cross culture amalgamation; shown on Indian statues. It draped a woman’s dignity since time in memorial.

From Tradition to Fashion

The sari is the highlight of Indian vintage couture; an ever-loved quintessence of wardrobe for women of all ages. Indians are known to add a touch of emotional drama to art, and with this ongoing sari history, it has bestowed upon us how something so simple could revolutionise femininity and modern couture. The empowering sari has brought sensuousness under the spotlight like never before as the love-stricken weaver dreamt of a woman, the colours of her many moods and the softness of her touch.

This Indian ethnic attire has garnered the attention of international connoisseurs too through its flawless mélange of tradition and vogue, and the epitome of diversity. For instance, a passionate private collectors of vintage saris, Malvika Singh, publisher of Seminar Magazine, has collected 700 vintage saris over more than 40 years.

I personally believe that the drape and sari blouse are two essentials that make the sari an impeccable outfit. How a woman wears both are markings of her feminism, symbolising how in tune she is with her own sexuality. One can get any style, colour, fabric and pattern for any occasion – bridal, casual, red carpet and wedding. The sari allows you to look sexy without showing too much skin and has rightly been called “the apparel that covers all yet reveals all.”

The sari is the most sophisticated and artistic visual in the highest form, curated to India’s ancestral heritage in the textile industry. The multiplying word “couture” given to this bespoke, cherished clothing has got all eyes glued on these fabrics. Saris are currently dominating the fashion world and have become a red carpet staple – vintage today and for future generations. As Raakesh Agarvwal, Indian Couture Fashion Designer explains:

For me the sari is Carte Blanche – you own the sari in your style. Simple, elegant and sexy as can be. In fact it is such a part of Raakesh Agarvwal design genetics, all my gowns and drapes are designed around it.

If you are planning a wedding anytime soon and want to look like a true princess and feel like a Bollywood star, make a historical, timeless classic sari for yourself. Demand your style, flaunt your glamour and do it in comfort with this piece of elegance on the most important day of your life.