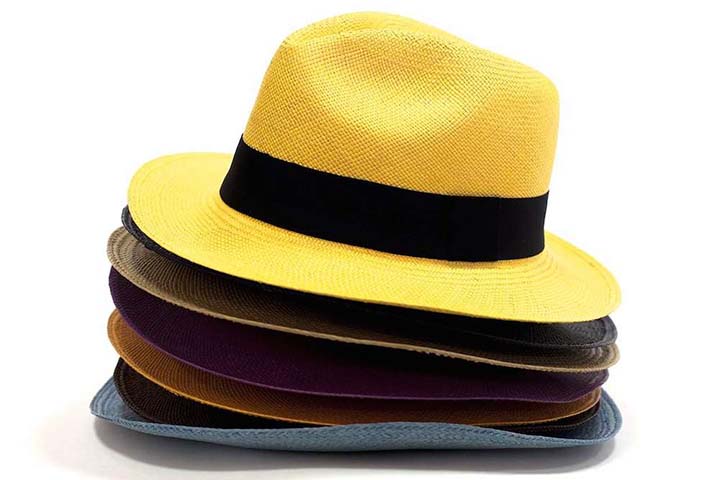 LONDON, United Kingdom — Could the most simple and thin straw Toquillia be the secret for a successful combination of design, art, sustainability and the empowerment of local communities in Ecuador? The answer is yes!

From Ecuador with Love

Toquillia straw hats are made of a peculiar palm tree, which grows on the coast of Ecuador. Local farmers collect the stems and then separate the fibres from the green bark, boiling the latter to remove the chlorophyll and then drying them with charcoal and sulphur to remove the colour.

With this raw material, weavers weave the crown and the brim of the hat. In the coastal community of Pile, weavers make hats that require specific climatic conditions and an exact number of points in each row of the fabric. Finally, the hats are washed and bleached before they are ironed and baked. The production process of one hat can last from one day up to eight months, depending on their quality and finesse.

The weavers are mostly farmers that continue to pass the weaving techniques from one generation to the next – through observation and imitation they are exposed from a very early age. Their skills and expertise encompass a complex and dynamic social fabric and comprise, among other elements, the traditional techniques of cultivation, production, various forms of social organisation and the use of the hat as a part of everyday and festive attire. For communities that perpetuate this tradition of craftsmanship it is a distinctive feature of their identity and part of their heritage. These traditions were recognised in December 2012 during the Committee Session in Paris, when UNESCO acknowledged weaving of Ecuadorian hats from Toquilla straw as a “Cultural Heritage of Humanity”.

Each Toquilla straw hat is a unique work of art featuring the best of Ecuadorian craftsmanship currently exported to all continents and two Ecuadorian brothers decided that the Russian market was their next stop.

When the brothers Roberto Javier Cevallos based in Guayaquil, Ecuador and Nelson Fidel Cevallos currently based in Moscow, Russia founded the brand RONNEL in 2012, they didn’t imagine than in less than three years the RONNEL straw hats would conquer the hearts of hat lovers in Russia and beyond adding to their list of clients famous actors, models and even politicians.

Nelson recalls the beginning of this venture: “We began designing and promoting our straw hats in Ecuador and then decided to open a branch in Moscow and introduce local hat lovers to the genuine straw hats from Ecuador.”

RONNEL has introduced to the Russian market a collection of elegant straw hats, featuring a variety of fun colours, that match perfectly with trendy styles and yet donate a classical look well associated with historical figures such as Winston Churchill, Nikita Kruschev, Sean Connery and Arnold Schwarzenegger, among many others.

Nelson highlights the Russian preferences: “This summer Russian hat lovers prefer various shades from dark and light colours, including some bright and bold variations highlighting the joy of the Russians during the summer time.”

RONNEL’s clientele spans across the ages appealing to teenagers and hipsters with bright colours such as fuchsia, yellow, blue and lilac to a more mature clientele that prefer lighter and natural shades but nonetheless will dare to wear one of RONNEL’s stylish bold and colourful hats.

Not surprisingly, hat lovers have given an impressive welcoming to these 100% handmade Ecuadorian hats. “Our Russian clientele prefer RONNEL hats for their quality, elegance and design. The legend of the straw hat is naturally associated with an sophisticated and refined lifestyle which is very appealing to our Russian customers.”

“Everybody loves and wishes to own a RONNEL hat,” concludes Nelson with a smile.