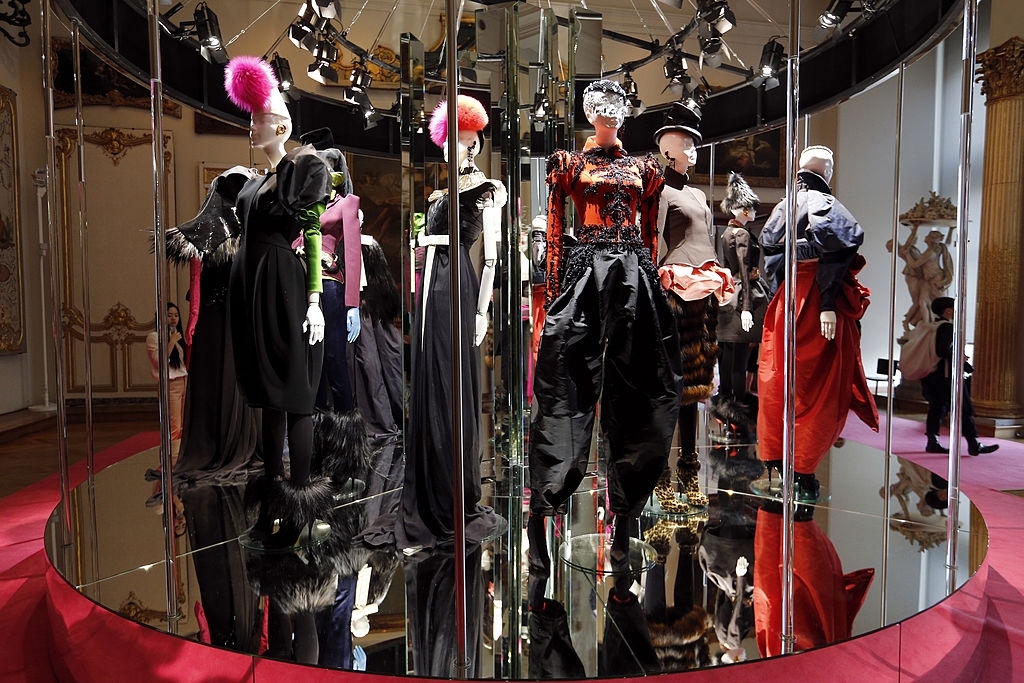 The Nostalgia of Vintage Haute Couture

TORONTO, Canada — Haute couture is an exclusive and privileged art form. It refers to hand-crafted garments that are tailored for a small and specialised clientele. Many of them are wealthy and glamorous. In fact, couture pieces often do not come with a price tag and are made to be presented on the runway. With Christian Lacroix’s capsule collection for Elsa Schiaparelli in April 2013 and the Metropolitan Museum of Art’s exhibition on Charles James, I cannot help but feel a sense of nostalgia for a time period when Haute Couture dominated. With the surge of documentaries, films, exhibitions and articles about this fascinating world, I was keen to learn more about it.

Vintage Fashion (Not Just Haute Couture) is of Higher Quality

“The commonality is that vintage fashion (not just haute couture) is of higher quality than today’s mass market and/or designer label fashion. The pieces were not mass-produced. Overall, there was a greater attention to fabrics, sewing and construction. People bought things to last,” explains Clair Watson, a curator of vintage haute couture and designer fashion at 1stdibs, a company of vintage dealers set in New York City.

The term haute couture may be used loosely in certain parts of the world to refer to high-fashion custom-fitted clothing. However, the real meaning is legally protected in France by the Chambre Syndicale de la Haute Couture. You can only use this term to describe your label if you have fulfilled the Chambre Syndicale’s requirements and have been granted admission by the French Ministry of Industry. One of these requirements involves having an atelier in Paris that employs at least fifteen staff members full-time. Atelier workers with specialised skills conduct specific tasks during the creation process.

“In a large atelier, the premiere will assign the garment to a firsthand who works on a particular fabric or design well. She has others who work under her and assigns various sewing tasks to the person who can do it best. Often, a single person makes all the thread hand-worked buttonholes in a workroom,” replies Claire Shaeffer, an haute couture author, lecturer and columnist about the process of haute couture.

Haute couture garments are known for its costly price tag as much as their uniqueness. In BBC’s 2007 documentary, The Secret World of Haute Couture, the wife of a Texan oil tycoon named Mrs. Becca Cason Thrash claims that they can cost anywhere from €20,000 to over six figures, depending on whether you are ordering a tailored suit or an evening gown. Fit is assured since designers alter and customise these pieces according to the body measurements of their clients. However, the materials are also integral to an haute couture piece.

“A basic difference will be the lining silk, instead of rayon. The fabric might be a higher quality and the interfacings, the inner structure, will be sewn in, not fused, so the drape of the jacket is much nicer. If the lining is worn, it can be replaced,” says Shaeffer on the differences in constructing an haute couture gown from a mass-produced piece.

Some may puzzle over clients’ fascination for haute couture, since you can easily buy clothes for much less. Not to mention, is it not arguable that you are still displaying your individual style through the way you compile an outfit? Well, haute couture is not about superficiality as much as it is about individuality. Investing in haute couture is similar to buying a rare piece of art. As Watson comments when asked why vintage haute couture and designs appeal to her clients:

“The 1stdibs vintage client typically is a woman of independent mind, who wants to be different from the fashion crowd. Rarity is something she strives for. Vintage designs are conversation pieces; not recognised by most, there is always the question ‘where did you get that’! Wearing haute couture and vintage certainly sets the client apart from the fashion crowd.”

Daphne Guinness stresses her love for couture by stating that she refuses to wear anything that has been on a celebrity. She does not follow trends and has said that couture is so comfortable that it is similar to wearing a second skin. Even Susan Gutfreund, talked about how enchanted she was when she came across her first haute couture garment. She felt like the prettiest girl in the room.

“Haute couture is the ultimate fantasy. It is the dream of aspiration, a lifestyle of luxury. The money that is put into its shows are for more than in high fashion runway shows. Each item shown can be worn and modified by one person,” states Watson about haute couture’s appeal.

Haute couture is so special and creates nostalgia because it takes people back to a period where quality and patience are virtues. Instead of accepting what is displayed on store fronts or the three standard sizes, couture designers modify a garment’s design and measurements to satisfy the clients’ wishes. They use beautiful fabrics and materials that cannot be found elsewhere and are made by people who are interested in cultivating their craft above everything else. Clients no longer just grab what they see on shelves or racks, they wait in anticipation for the end product after 150 hours of work where they are fitted two to three times as an individual. In other words, haute couture is about personal expression.