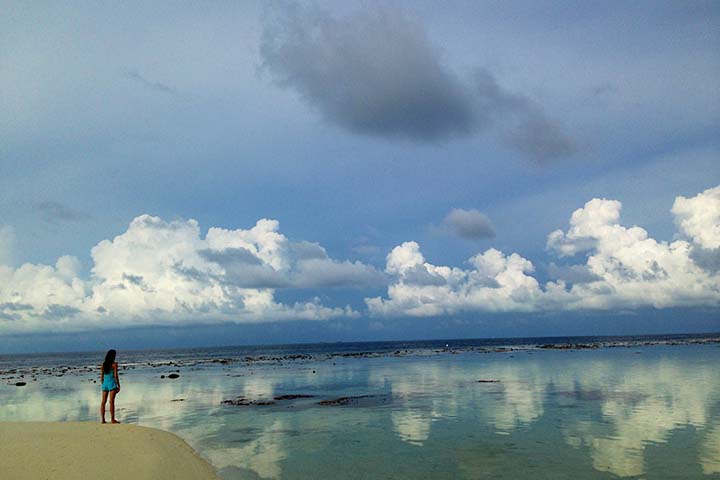 MILAN, Italy — For years I have been flirting with meditation practices; trying and quitting numerous times, always with that bitter taste of failure. I would drink a litre of the most horrendous liquid every morning of my life, if I knew it would improve my performance as an athlete and a human being.

Something difficult or unpleasant never scared me, I am quite turned on by challenges especially when they come with key benefits. I can, however, claim with confidence that my try at meditation practice has so far been pure torture. While I assume it should bring me peace, focus and wellbeing, every single time, instead it brings only discomfort, boredom and the feeling of wasting my time. In addition I experience anxiety and frustration, and after repetitive failures, even the thought of it makes me want to scream and throw plates at the wall.

Does that sound familiar to you?

I often read that the harder something is, the more you probably need it. Extending my research, I found what I have experienced is actually “normal”. Although meditation is a process of learning for everyone, many over-doer, high achiever, so-called type A personalities are in the same situation and find it particularly difficult to overcome.

The truth is, meditation is probably the hardest thing I have tried to master these past few years, and it is precisely for this reason that I have decided to dissect the subject and dive fully into it, from medical literature to pop culture gossips and understand why mediation is the solution to make you healthier, happier, smarter, younger and even thinner.

The studies and benefits

The scientifically validated reasons to meditate are just too many to mention. I will state a few that caught my attention:

Several scientific studies such as “Alterations in brain and immune function produced by mindfulness meditation” show that meditation boosts antibodies, therefore helping you to remain healthy. Another UCLA study “Mindfulness meditation boosts the immune system” concluded that HIV positive patients who practice mindful meditation slow down the reduction of their CD-4 cell count. These are the immune cells that are associated with keeping the virus from propagating. Several findings also show that chronic disorders like type-2 diabetes, obesity, heart disease and high blood pressure are reduced through meditation.

HAPPIER: A proven cure for the most common mental illness worldwide?

We often hear about the well-being effects of meditation on mood and depressive states but has it been officially and medically validated? Researchers at Oxford University and Plymouth University Peninsula Schools of Medicine and Dentistry conducted the first large-scale study to compare the treatment of chronic depression with Mindfulness-Based Cognitive Therapy (MBCT) and anti-depressants. The results show little difference in the outcomes except for the absence of side effects in the meditative solution. Could it be the end of the big Pharma for the most common mental illness worldwide?

SMARTER: Meditation has been shown to structurally change your brain

Something that is most fascinating to me is the ability of the brain to modify (called plasticity). In fact, the adult nervous system has the capacity for plasticity, and the structure of the brain can change in response to training such as meditation.

Meditation has been shown to actually change your brain. A team of scientists at Harvard found that only eight weeks of Mindfulness-Based Stress Reduction increases thickness in the hippocampus; the learning and memory centre of your brain, as well as in other areas that play roles in emotion regulation. On the other hand, it would reduce brain cells volume in areas responsible for fear, anxiety and stress.

Think of it as a mix of the most expensive wrinkle reducing cream, the most unpalatable anti-oxidant drink, 100 capsules fish oil and some kind of grandmother’s secret genetic potion. Although the research on the matter is still in its early stages, it is more than promising for whoever is still searching for the fountain of youth. Mindfulness meditation could slow down cellular aging. The work of Dr. Elizabeth Blackburn, a cell biologist who shared the Nobel Prize in Physiology of Medicine in 2009 for her co-discovery of an enzyme called the telomerase has made some impressive discoveries on the matter. Meditation practices may promote mitotic cell longevity both through decreasing stress hormones and oxidative stress and increasing hormones that may protect the telomere, a region that prevents your chromosomes from deteriorating.

Meditation has demonstrated the possibility of improving the self-control areas of your brain. A growing body of research claims that mindfulness can reduce food cravings, suppress appetite and help with portion control. Some people with an eating disorder are now being medically treated with meditation as a main remedy. Supermodel Gisele Bündchen even credits meditation with helping her lose her baby weight just two months after giving birth. A substantial news for emotional eaters as well as anyone controlling his or her weight, for health or pure vanity.

Misconception: monks, marines and billionaire entrepreneurs do it

Many of us are not familiar with the concrete basics of meditation. We, as a society, carry some misconceptions if not blown out prejudices on the practice. If there is a marketing company in charge of promoting it, I’d say it’s probably the greatest failure of all time.

Meditation is not just for monks seeking enlightenment. More and more celebrities, pop idols, politicians, sport icons and billionaire Entrepreneurs claim that it is not only part of their daily routine but a key of their success.

Richard Branson, Oprah Winfrey, Richard Gere, Madonna, David Beckham, hedge fund manager Ray Dalio, Warren Buffet, Tiger Woods openly talk about it. It is now even becoming a common practice for US congressmen, NFL football leagues and even US Marine Corps. How weird can it be?

Meditation is not about sitting with an empty mind as many of us think. Meditation is actually a moment you give to yourself to be and not to do. Just as anything else, it takes practice and you will not be good at it immediately. There is no failure at meditating, taking the time daily to do it will provide improvements on many levels even if you feel it was worthless.

Feeling all sorts of thoughts and anxiety is normal, especially at the beginning. You’re detoxing a place that has been polluted for decades without ever being cleansed. The good news is that it will become easier with time.

Monks that are masters at meditation and mindfulness actually are not feeling anxiety, fear and stress the way the rest of us do. They’re able to feel detached from these feelings, acknowledge their presence and wave them goodbye. Don’t worry about how you feel during the practice, notice how you feel after and throughout the rest of the day.

Even for those who are short of time, 15 minutes a day is enough to show significant improvements in a matter of days. As Mahatma Gandhi once said:

I am so busy today, that… I am going to meditate two hours instead of one.

The less time you have for yourself in life, the more you will benefit from meditation practice, you will become more efficient at everything you do.

There are many kind of meditation practices to be explored in order to find the one that suits you best: mindfulness, transcendental, compassion, mantra, Vipassana, Art of Living, breathing practices, yoga nidra, yoga, insight, loving-kindness, tai chi, etc.

Simply sitting in silence and being aware of your breathing, without forcing it, is meditating. I am personally more comfortable with guided meditation, especially for beginners. There are numerous audio programmes to find for free online.

Here are two apps I would recommend for beginners: Headspace and Calm as well as two guided meditation podcasts: Tara Brach and The Meditation Podcast.

A few days ago, I made a commitment to myself to start the next fifteen days with a short meditation practice. I intend to come back with my honest outcomes. I aim to apply it to my work as well as my personal life, on stage and off stage with precise goals in mind. I will duly report the effects of the practice through all these layers of my life especially as a physical performer but also as a business person and simply a human being.