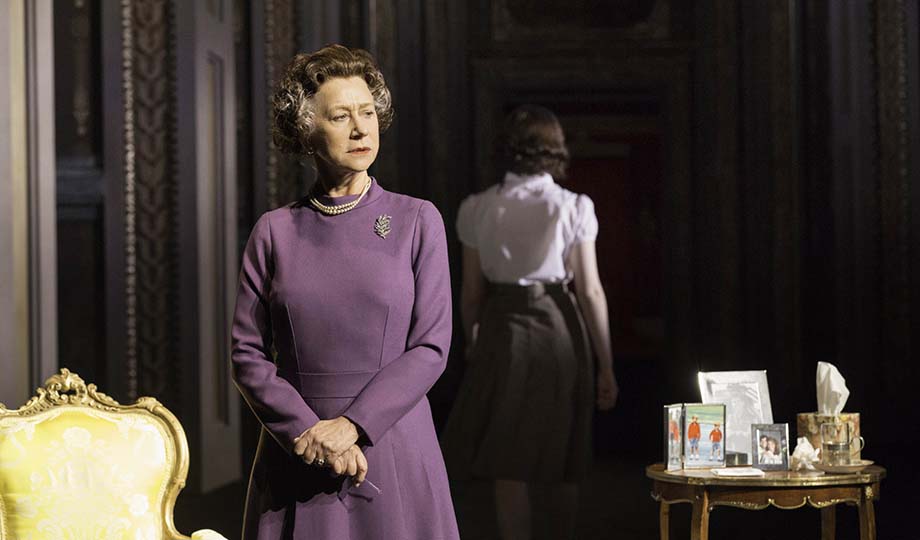 LONDON, United Kingdom — Helen Mirren’s new turn at playing Elizabeth II is this spring’s must-have theatre ticket. Seven years after her Academy Award-winning performance in The Queen, Mirren teams up again with writer Peter Morgan to bring us their view of what may be happening behind the carefully constructed public image of England’s second-longest serving monarch.

The Audience is a journey through sixty years of a very public life, told through the encounters between Elizabeth II and some of the twelve prime ministers that have taken the helm of the country during her reign. The show is not a classic tale played from beginning to end. Instead, it offers us a series of vignettes that go from the young and inexperienced Elizabeth’s very first audience with ageing statesman Winston Churchill through to the weekly meetings with current prime minister David Cameron, going back and forth in time, jumping from a decade to the next and back again, never quite knowing who will be giving the monarch his weekly update next.

In real life, these meetings are entirely private, and there is no record of them, but they are a key part of the queen’s official role. Just like the film imagined the queen’s private reaction to Princess Diana’s death, The Audience imagines what may have happened during the weekly meetings over the course of six decades, portraying the queen as part confidante, part friend, part mother figure, and above all as someone who has seen governments come and go, a constant presence in a changing world.

The play is cleverly orchestrated, and Helen Mirren flawlessly transitions from portraying an elderly queen who seems to struggle to stay awake when talking to the leader of the Coalition government to an eager young woman keen to learn about her country and her new role.

Each transformation happens right before our eyes, when in-between each scene she sheds or picks up years through a change of costume and wig, from the sweetheart neckline and a-line skirt of her simple mourning dress for her first ever audience to the pastel ensemble most of us are used to seeing her in, via a mid-life bright red dress and the bright cobalt of her meeting with the only other female character: a fierce, striped-suited, straight-backed Margaret Thatcher.

An unlikely yet undeniable fashion icon, the stages of her life are marked by her clothes, the most immediate way in which we all identify her. The scenes at Balmoral show us instead a more informal queen in tartan and tweed, with a three-bar electric heater in the homely and rather kitsch-looking sitting room of her summer residence – something we sense is closer to her real self, far from the elegant one-colour ensembles she reserves for her official appearances.

Yet, in spite of the many funny moments, and some touching ones between the queen and Harold Wilson, allegedly her favourite prime minister, and the in-between scenes when we see Elizabeth talking to her younger self, representing her inner desires and aspirations, there is always a certain distance between the play’s main character and the spectators. Perhaps, however, this reflects the nature of the subject: no matter how public her official role, the queen’s private life remains unknown.

After a year spent in the spotlight of the Diamond Jubilee and the London Olympics Opening Ceremony, this masterful portrait tries to go beyond the official image of the queen to show us the woman behind the symbol – and the matching hats. With 5 Olivier Awards nominations, this is a must-see!