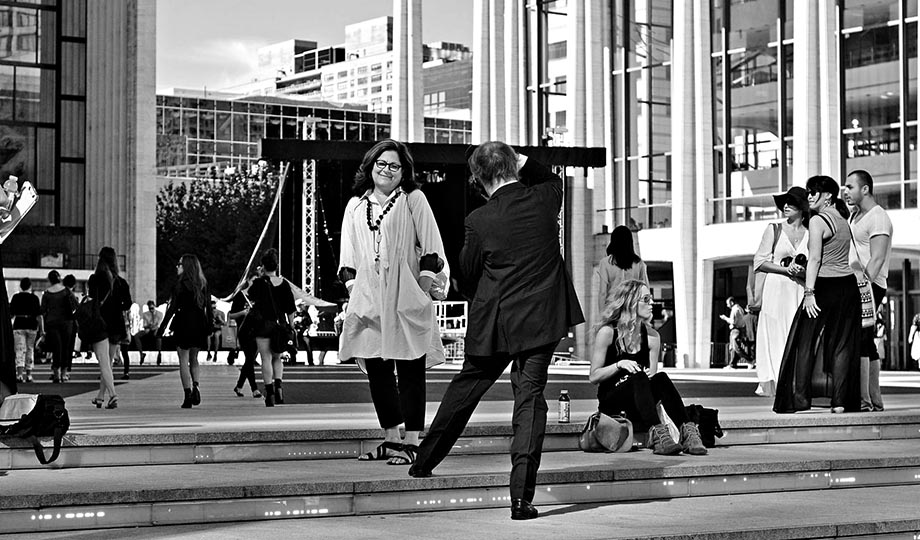 Fern Mallis: The Godmother of Fashion

NEW YORK, United States — After years working in the fashion industry, I seek inspiration from those who have been established in the business for a long time. Those who have put their foot in the business and not only worked in the industry they love, but who have really made a mark. One such person that I truly admire is Fern Mallis, the woman credited for having started what we now know as Mercedes Benz Fashion Week in New York City. She has had such a prominent hand in today’s fashion industry yet there are probably many outside of the industry who have never heard of her.

Fern Mallis started her career as the Executive Director of the Council of Fashion Designers of America (CFDA). During her time as Executive Director (1991-2001), she began “7th on Sixth” which was located in the Fashion District area of NYC (7th Avenue also known as Fashion Avenue and 6th the location of Bryant Park, which housed the fashion week tents where the shows were presented). Created in 1993, 7th on Sixth was a place which centralised the platform for the American designer voice.

Over the last 20 years, fashion week in NYC has changed names and locations. Starting as 7th on Sixth, the week-long event was later changed to Olympus Fashion Week located in Bryant Park. and currently the New York Fashion Week has now become Mercedes Benz Fashion Week located at the Lincoln Centre. However, it was Fern Mallis who set the ball in motion, resulting in a localised event known worldwide, easily rivalling other prestigious fashion weeks in Milan and Paris.

Fern Mallis is not only a female pioneer in the industry, she is also a philanthropist. She was heavily involved in the Fashion Targets Breast Cancer campaign which helped to raise nearly $100 million dollars in donations for breast cancer organisations across the globe as well as several million dollars for AIDS charities. She is certainly someone to look up.

After the acquisition of 7th on Sixth in 2001, Fern moved on from her position with the CFDA and became Senior Vice President of International Management Group (IMG), a very well-known international modelling agency. She has since been seen on several television programmes as a judge and mentor such as on Americas Next top Model and Project Runway, always exuding a kind demeanour whose insight has much to offer to newcomers in the business.

Fern Mallis, a truly female leader, has won numerous awards such as “Woman of the Year Leadership Award” from Concern Worldwide, the “Leadership Award” from the Fashion Centre BID and the “Fashion Industry Lifetime Achievement Award.”, honoured by the Pratt Institute in 2012. Currently, Fern Mallis leads her own fashion and design consulting firm and frequently speaks at industry related events and fashion schools. It is a path that I find myself aiming for, in the hope to accomplish one day as much as she has.

The love for fashion is felt across cultures which we have seen increase over the past two decades and Fern Mallis can be substantially credited for this.

Fern Mallis has certainly been instrumental in forging an international fashion network putting cities such as NYC, Miami, Berlin and Melbourne on the “fashion map”. The love for fashion is felt across cultures which we have seen increase over the past two decades and Fern Mallis can be substantially credited for this. As she stated, “We are proud to bring the excitement and talent at our shows to people all over the world who love fashion. We are continuing to connect the global fashion community”. We look forward to it!