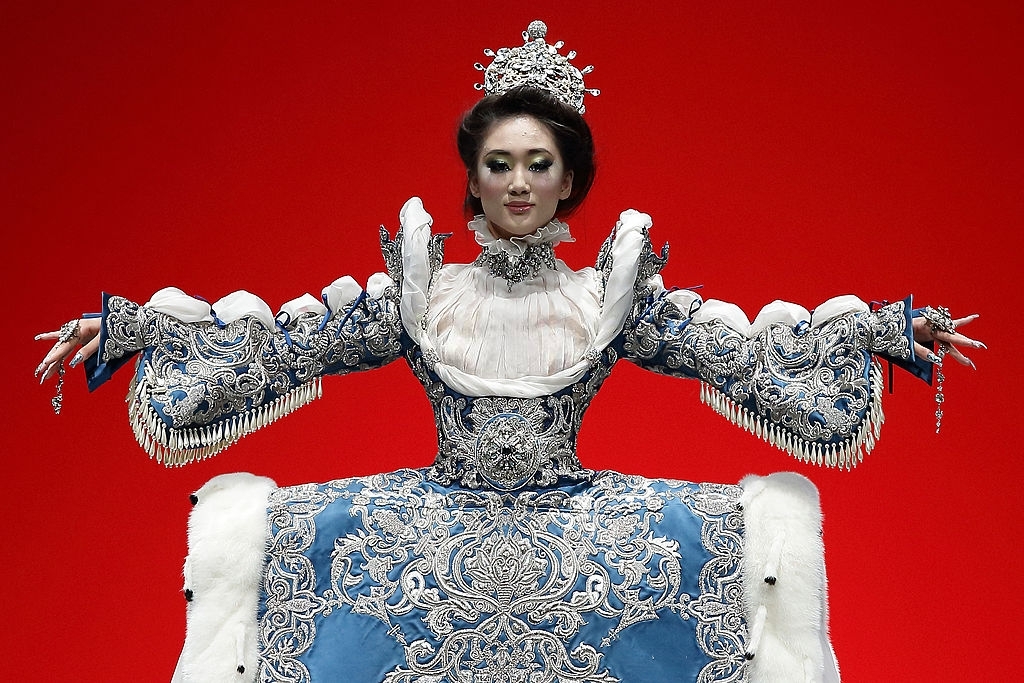 The Excellence of Asian Craftsmanship

SIENA, Italy — How do our culture and tradition influence the way we dress? This time around, the inspiration comes from the East, particularly from China and Japan. The excellence of Asian craftsmanship!

The interest in the Eastern merchandise has been present in Europe for a long time; already in the 17th century there was a real trend for “Chinoiserie”, a new predilection for all that was exotic.

Also, the clothing began to be inspired by some Chinese style features: unusual multicoloured print fabrics, bizarre silks and “ungen” embroideries. Among the most popular fabrics there was the “pékin” (a special textile with striped patterns from the name of the Chinese capital city) and “nanking” (yellow cotton fabrics) also named after another Chinese city. Additionally, the fans, already an important accessory in European fashion, were imported from the East, completing the long series of “Chinoiserie”, so popular at that time.

Soon, during the second half of the 18th century, “Japonisme” replaced the “Chinoiserie” trend. Japanese Kimono dresses (imported from East Indies) were worn by the [European] gentlemen like night robe. They were called: robe de chambre d’indienne in France, banyans in England, and thanks to their exotic peculiarity and rarity, they soon became a symbol of prosperity.

Looking to modern times, the love of made in Japan brought Kenzo Takada‘s debut in Paris in 1970 marking for the first time, the contribution of Japanese fashion designers on international catwalks. One year later, Issey Miyake held his first fashion show in New York. He introduced the concept of “one piece of cloth” that wanted to emphasize the idea of a linear clothing as the basic structure of Japanese apparel. Miyake highlighted the importance of covering the body with a single piece of fabric in order to create an interesting space (called “ma”) between the body and mind: “since every person has a different figure, the “ma” is unique, imagining an individual form for each one.”

Soon after, Miyake designed an innovative line of pleated clothing, combining materials, forms and functionalities in an organic way. His original creations were based on the traditional Japanese approach to clothing, emphasizing the same fabric. In 1999, Miyake introduced “A-POC”, proposing a new ethic of clothing for the future: he created one size knitted tube-shaped garments, so that everyone will be able to cut the preferred shape of dress from the tube, personalising the ready-made clothing.

Rei Kawakubo and Yohij Yamamoto also had a surprising impact on Western fashion: with their monochromatic dresses, ripped and without decoration, they wanted to express a sense of absence in contrast with the existing one. At present, Kawakubo continues to accept new challenges and Yamamoto has found his brand in the synthesis between European design and Japanese sensitivity.

Regarding the new generation of Japanese fashion designers, they have been very influential in fashion around the world, expressing consciously their Japanese aesthetic sense, like Junya Watanabe who created an innovative line of cut-out dresses, using special artificial filaments. In 2010,Tomoko Shingaki and Yoshinori Fujiwara founded their own clothing brand Kleiden using only Japanese materials, creating a unique urban style. Another great talent is Mitsuhiko Fujino who has signed for Trois Temps designing fashionable handbags and shoes using refined materials such as linen, tweed, wool and cashmere.

For the current generation of Chinese fashion designers, the majority of them, the Western style is still the example to follow. However, it is interesting to see how young Chinese stylists, who studied in places like London and often parade in Paris, can influence the Chinese luxury market: one such influencer is Masha Ma and her sophisticated fashion designs.

Guo Pei is the new queen of Haute Couture. While, Zhang Zhijun, thanks to her brand NE.Tiger, has kept ancient craft techniques alive. Some other great names include Uma Wang, Qui Hao, Judy Hua and Lin Li: they all overcame the West before conquering their own country.

It is worth mentioning that young Chinese fashion designers claim the rigour and perfection of the past, creating their own stylistic universe that necessarily requires authenticity in the production.

“It is really touching when Chinese people, after seeing our collection, they tell me: we are again proud of our country,” said Jiang Qiong Er, the artistic director of Shang Xia, a brand created in 2008 utilising the excellence of Chinese craftsmanship.