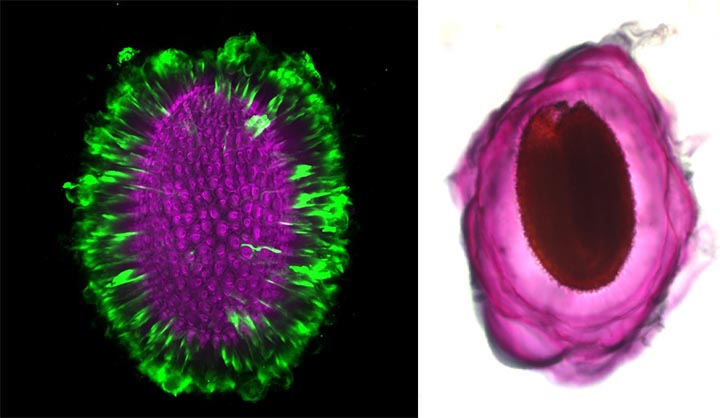 Descience – Think Outside The Box

Closely following the milestones of one of the most promising projects and runaway events in the Boston area, Descience continues to enlighten us on its efforts to bridge the gap between science and fashion sparking the attention of future scientist in the talented ‘Generation Z’.
Share on facebook
Share on whatsapp
Share on linkedin
Share on twitter

LONDON, United Kingdom — Closely following the milestones of one of the most promising projects and runaway events in the Boston area, Descience continues to enlighten us on its efforts to bridge the gap between science and fashion sparking the attention of future scientist in the talented ‘Generation Z’. As Patricia Torregrosa Paredes, Science Director of Descience explains: “By using fashion as a means to explain science, we are generating a ‘think-outside-the-box’ momentum to stimulate innovation and create interest and excitement about science in the younger generation.”

While all the contestants are incorporating elements in their projects that highlight this notion, three teams in particular have taken their desire to promote and expose science to youngsters to a whole new level. Let’s discover the rationale and the peculiarities of the finalized looks of teams: Epic, Thermogenic Style and Pectins Who? The mysterious and pertinacious imuno-drafters! for the upcoming Descience runaway show.

Members of Team Pectins Who? designer Kelly Reddy-Best and scientist Susana Saez-Aguayo are committed to exposing science to kids through functionality and a fun learning experience for parents and children: “We really wanted the look to be something kids might actually wear and less of a wearable art piece,” the team states. “We wanted it to be something both the kids and parents would get excited about and where they could learn something new about science.”

Scientist Ulf Gehrmann and designer Nancy Volpe Beringer from Team Epic, aimed to design a sophisticated silhouette with exciting aesthetics while also creating an innovative runway look that provided insight into oral tolerance, epigenetics and their relationship to how newborn children educate their immune system. As the team explains: “…The five-piece runway look reflects a fully developed immune system and the role of epigenetics in initiating an immune response.”

Team Thermogenic Style composed by designer Stephanie Rea and scientist Tamar Aprahamian, are inspired by the scientific research regarding brown fat, abundant in babies and animals that hibernate as well as in healthy adults, want to convey with their garment, the differences between fat qualities by making them visually apparent to the viewers. As the team beautifully put: “Our garment is meant to transition into a trendsetter’s wardrobe seamlessly, while still remaining true to its scientific inspiration.”

From concept to completion

After creating the digital print inspired by pectin biosynthesis, cutting, sewing, stitching and applying appliques to the trousers with suspenders, Team Pectins Who? gave its final ‘gold’ touch for a more sophisticated scientist look. “…At this point, the outfit seemed very feminine, and gold was chosen to balance out the masculinity and femininity so that way either gender could wear the garment.”

The ensemble includes a beautiful knit top and a functional ‘superhero’ jacket-cape with ‘scientific’ details. “I cut out mucilage-shaped pockets from the same wool materials used on the knee-patches in the trousers and found a clear plastic material and created a square pocket and embroidered ‘specimens’ onto it as a space for kids to put their science discoveries in,” explains the team’s designer. The look includes 3D printed buttons for a total amount of 100 hours of work, whew!

Team Thermogenic Style opted for a more traditional approach and created their patterns based on slopers. Tamar, the scientist of the team comments: “Stephanie began to cut and sew the final fabric. Because, we were using primarily knit fabric, it was important to adjust the patterns once they were sewn together and on a dress form, as knit fabric tends to stretch.”

The final look includes a stylish blouse and skirt featuring two prints: a brown fat print (red) and a white fat print (blue). “Around the neckline, small seed beads were hand sewn on to accentuate the part of the body we want the viewer to focus on,” says the team. “Our skirt is colour-blocked with the white ponte knit and the blue white fat print, which is outlined with a piping. It took approximately 40 hours to complete this garment.”

Team Epic elaborates further the different techniques chosen for each garment piece the team created so that they could illustrate all of the primary aspects of oral tolerance. “For the bolero, we selected a stitch and structure technique using water-soluble paper to make the original textile of roving and yarns. The tightly clustered and changing patterns of more than 80 conical shapes reflect inaccessible DNA and inactive cells. From experimentation to completion, the bolero has taken over 70 bobbins of thread and well more than 100 hours of machine and hand stitching.”

The final look of Team Epic includes a whimsical, multi-coloured child’s look with appliques portraying the underdeveloped immune system and important role of the gut in the process of oral tolerance. It also features a five-piece adult design with an original print and hand-made textiles illustrating the roles of inactive and active genes in creating an individual’s unique and fully developed immune system. The team concludes: “Hakama inspired samurai warrior trousers of hand-dyed silk organza represent the fighting off of harmful bacteria by activated immune cells.”

The teams had to overcome some challenging moments as team Pectins Who? recalls: “At times, the design was looking slightly chaotic with too much detail going on”. They also had to learn to interpret their partners’ work as team Thermogenic Style highlights: “I had to learn something totally new and try to create a design that would represent not only myself as a designer, but also Tamar as a scientist.” The end product is a unique interpretation of the fascinating world of science through a fashion lens.

These groups of scientists and fashion designers have certainly brought to the table a very important message that stands behind their creations: “We want the parents to inspire kids to think about how science can be fun,” say team Pectins Who?. “We want to encourage parents to start talking to their kids about science early on in order to inspire them to get excited about possibly going into these fields in the future.”

“Generation Z is known for their love of technology and the constant need to be connected to the world around them. However, their lack of physical activity due to television, game consoles, and the Internet has lead to their notorious sedentary lifestyle. With obesity on the rise, the research of brown fat and its function is crucial to finding out if it can help reduce the rate of obesity,” states team Thermogenic Style.

Finally, team Epic recalls a little anecdote that fully embraces this message: “When we met up [with our child model] for her first fitting, she took a quick look at the felted gut, and innocently asked, ‘Where is the oesophagus?’ Who knew that I might have discovered the next generation of scientist?”.

To learn more about this fantastic project see also: “Descience: In the making!”, “Descience – Behind the Scenes”, “Descience – The Sketch” and “A Fusion between Fashion & Science”.