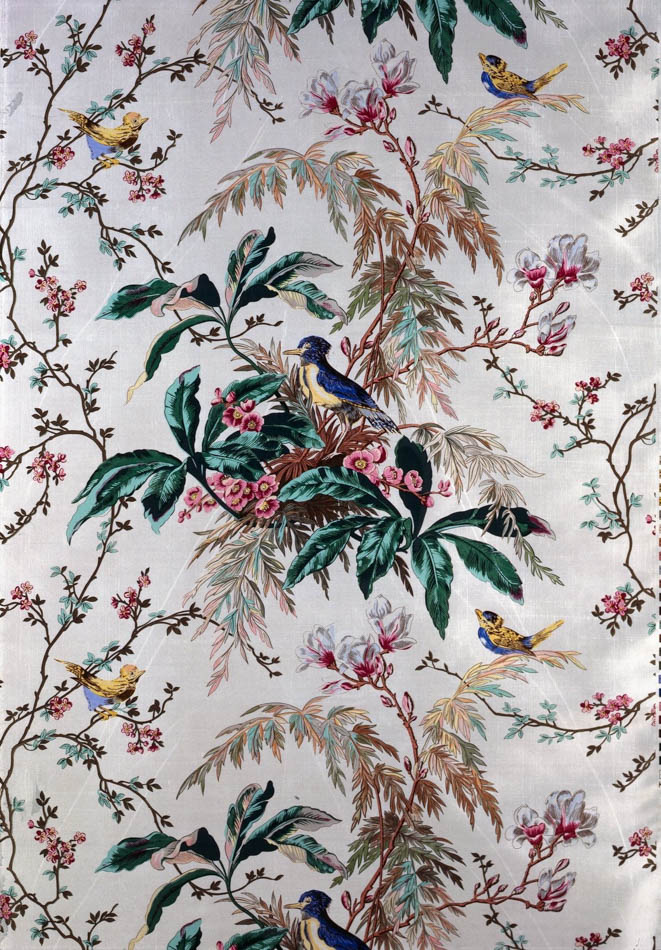 LONDON, United Kingdom — Chinoiserie is a decorative style in art, furniture and architecture with origins that can be traced back to Marco Polo (1254-1324). His book titled The Travels of Marco Polo was read with much skepticism and was considered incredulous, but the book remained a sensation and became a best seller for most of the Middle Ages and beyond (Silk-road.com). The link between Marco Polo and chinoiserie may be a distant one, but the book allowed subsequent generations of Europeans to marvel at the exotic and technologically advanced Cathay and other lands east of Constantinople.

As the styles evolved from Medieval to Renaissance, to Baroque and Rococo, Europeans’ fascination and demand for Eastern objects continued to grow. In the Middle Ages, the Silk Road served to transport goods between Europe and Africa, India and China. Prized goods included the blue and white porcelain, exotic spices, tea, silk, precious gems and oriental carpets, among others. The origin of tea, porcelain and silk worms were a mystery to the Europeans, making those goods an exotic rarity. At the end of 15th century, new maritime trade routes opened and the amount of traded goods skyrocketed.

The fascination of all things Asian, particularly Chinese, reached its pinnacle in the mid-18th century, under Louis XV, when Rococo was fashionable. But already in the Baroque period, there was a frenzied interest in Chinese blue and white porcelain and lacquerwork. To meet the demand, factories were set up in Asia to produce specific designs for European taste. Factories in Europe were experimenting to emulate Chinese objects, especially the porcelain. The Meissen and the Delft potters not only imitated Chinese style but also created unique pieces of their own.

As chinoiserie spread from Versailles to other European palaces, the bright colours, the playful motifs and the amusing exotic subjects were becoming a notable feature of the Rococo style. A transition from traditional Chinese design to a manufactured style was taking place – a departure from the original to a fantasy view of China. Chinoiserie covered original Chinese export goods of the period and European interpretation of those goods.

Already artists and craftsmen of the Rococo period incorporated chinoiserie in their buildings, furniture, wallpaper and pottery using fanciful motifs, such as intricate lattices, pagodas, ponytailed peasants, Chinese water gardens, exotic flora and fauna. “The association with play and the expressive potential of the exotic that permeated chinoiserie gave birth to all kinds of objects, from furniture to smaller objects that could be worn as souvenirs, talismans, or trophies, in such magnitude that it became harder and harder to tell whether they originated in China or in Europe.” (Andrew Bolton in China: Through the Looking Glass)

If you are planning to visit a palace this summer, make it the 18th century Sanssoucis Palace in Potsdam, which was Frederick the Great’s summer palace and a testament to the vision and quality craftsmanship of the era. The Chinese House in the park was built as “an escape to the far-off and cheerful world … Chinese musicians and tea drinkers, dressed in fairytale-like apparel, are represented. Their exotic nature harmonises with the columns in the shape of gilded plants.” (as described by the website of SPSG Sanssoucis Palace)

A whistle-stop tour of chinoiserie in Europe would include Palace of Aranjuez in Spain, the Royal Palace Portici in Italy, Saltram and Badminton House in Great Britain, Museum Geelvinck-Hinlopen in Amsterdam, Catherine Palace in Russia.

In 1784 a substantial reduction of tax on imported tea allowed tea drinking to gain a wider appeal. Tea drinking became a ritual, and almost theatrical, among the upper echelon of the society where ladies (mostly) would dress up and gather to exchange news and gossip. The rooms where tea was served were decorated in chinoiserie, to reflect the origin of the brew. The Chinese Room at Claydon House in Buckinghamshire (National Trust) offers visitors a glimpse of the grandeur and wealth of its original owner, Sir Ralph Verney. It contains one of the best examples of Georgian mouldings and carving, including the famous Ho Ho bird (a mythical Japanese phoenix), known to bring good luck and fortune.

Under George IV, chinoiserie continued to expand in England. His London address, Carlton House, contained a Chinese Drawing Room. The Royal Pavilion at Brighton and William Chambers’ pagoda at Kew Gardens were constructed and decorated in the style of chinoiserie, although Neo-Classicism was well under way by this time.

The introduction of new techniques of mass production in 19th century made transfer-printed chinoiserie designs onto tableware affordable and available to a wider audience. The blue and white Willow Pattern by Josiah Spode became popular and it continues to be today. Wallpaper and textile with chinoiserie motifs were also produced extensively.

Whereas art and design movements took centuries to evolve in the past, the first half of 20th century saw a succession of new design movements, one after the other – Art Nouveau, Arts & Crafts, Modernism (De Stijl, Bauhaus, Art Deco). It was an exciting time for creativity emphasising on mass production and accessibility of design for the middle class.

In southern California, a revival of chinoiserie took place, as Hollywood glitterati of the golden age (1920 – 1950) were looking to decorate their homes with glamour and refinement to match their lifestyles. Hollywood Regency was born, which incorporated many aspects of chinoiserie and other Rococo elements along with the new design philosophies of curvilinear and pared-down elegance. Chinoiserie themes such as latticework, pagodas and bamboo sat next to iconic modern pieces of the time.

The importance of provenance in art and decorative art combined with a better knowledge of other cultures and countries – propelled by global travel and information technology – were redefining chinoiserie. Practitioners were restricting its definition to mainly Chinese infused and Chinese inspired. The aggregate concept of Orientalism was giving way to styles and designs from individual countries or ethnic groups – for example, Japanese, Korean, Indian or Moorish style.

It is difficult to define chinoiserie as a global style. Asian countries still consider it inauthentic and copies of their originals. Today, there are no more ‘Chinese rooms’ created in modern homes, but chinoiserie style is mixed alongside modern elements in a juxtaposition of old and new.

Today modern chinoiserie meets the demands of those who wish to bridge the Eastern – Western style, the old – new, the outdoors – indoors, the relaxed – refined, all in a colourful, playful and optimist way. It is a layered style that refuses to be pigeonholed, but once achieved, it offers balance and harmony for all those who use the space.

For our FG readers, Yellowhouse Design is offering a 10% discount on all its chinoiserie hand painted wallpapers. Offer valid from 15th September to 15th October 2016. Shipping globally. Interested? Contact them here and don’t forget to mention the FG Magazine!