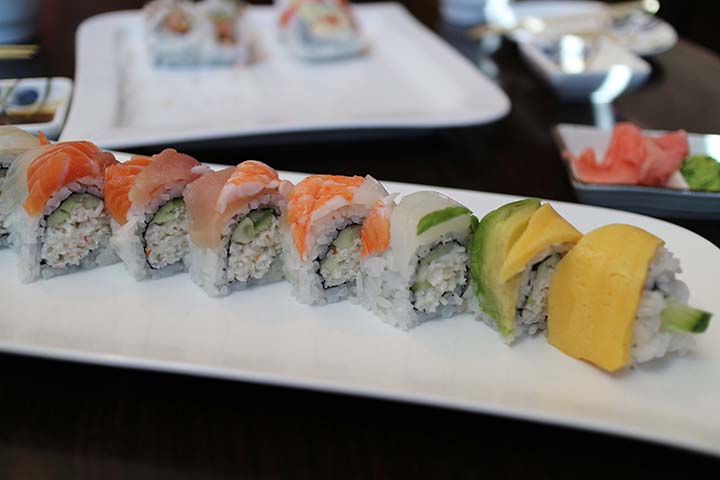 NEW HAVEN, United States — Asian cuisine has gone from obscure to must-have. According to the Washington Post, from 1999 to the present, Asian fast food has grown in popularity by 500%. In the United State, Asian fare has become the most popular ­takeout choice.

When asked where the popularity of Asian cuisine comes from, Akira Shimizu, professor of Visiting Assistant Professor of History at Wesleyan University and member of the Council on East Asian Studies at Yale University says: “I think it comes from this kind of fascination with the Orient.”

Obsession with the Orient dates back to the British fascination with China in the 17th century. Since then, the popularity of Asian items, trinkets and foods has waxed and waned over time. However, this explosion is a bit different. First, it has been a long growing trend. Second, it is fuelled by a global economy and the international movement of people. Shimizu feels that this is a long term shift rather than a short term trend.

In terms of what is popular, not all countries are created equal. The most popular cuisines tend to be Thai, Chinese, Japanese and Korean. What is key to note is that there are active and vibrant migrant communities which are generally at the heart of this trend. Communities plant the seeds of new ideas. According to Shimizu, the most popular Eastern food is Chinese. He says: “Even if you go deep into the countryside in the United States, in each town you will see at least one Chinese restaurant.” The predominance of Chinese fare is one that is still unrivalled.

Our global market is also responsible for a shift in our ideas about food. Restaurant reviews with Foursquare and Yelp bring attention to new types of food and make “new” seem a bit less scary. TV shows like the Iron Chef tell us about what we might be eating and how it is good for us. Shimizu comments: “People in the United States seem to conceive Japanese as high-end and very healthy stuff, which I do not agree with sometimes.” The conceptions of Eastern food do not always meet reality to be sure.

Shimizu says that Asian fare is popular because it is viewed as exotic. To the same point, the Orange County Register’s Marla Jo Fisher explains that American’s long known fondness of Chinese food comes from several factors, one of which is its “exotic” nature. It also became popular in a time when takeout was unheard of and so it became a respite from slaving over a hot stove for hours. Fisher also gives us another interesting titbit: she points out that the Chinese cuisine popular in the United States is actually relatively unheard of food, rather than treasured culinary delicacies.

Shimizu explains that oftentimes Americans do not specifically enjoy foreign foods the way their creators intended for them to be prepared and consumed. One thing he points out is that the American palate often does not have the wherewithal to endure the heavily spiced Eastern food. Some examples of changes to Japanese fare, he points out are offering Hibachi on a flat iron grill and leaving the wasabi outside of the sushi.

One last note Shimizu leaves us with is: “Food can be separated from other elements of culture,” meaning eating someone’s food is usually a far cry from accepting an entire culture at large, though it is a step in the right direction.